Signs Your Teen Is Struggling 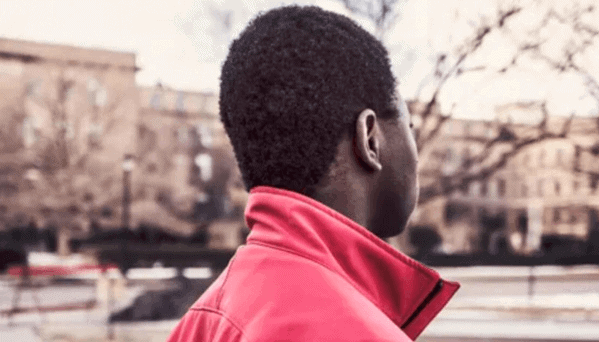 Every teenager has problems and adolescence is notorious for its dramatic emotions. However, these truths do not mean that some of these problems aren’t serious enough that significant help and support from parents is necessary. It is a common mistake to dismiss potential warning signs or moodiness as just “typical” teenager stuff or, worse, to focus excessively and exclusively on issues like school performance and place the full responsibility on the teenager. This can mean that significant issues, including emotional ones, are left undetected and worsen. But what are the signs that a teenager is truly struggling with something or might need emotional support and help? While some adolescents will say so outright, this is fairly uncommon, especially because many teens have not yet developed the skills necessary to recognize and verbalize the problem. Let’s take a look at some warning signs that your teen may be struggling with a significant issue:

Adolescence is a time when teenagers generally tend to be focused on socializing. It is a period of development where peers become very important and where acceptance or rejection by the peer group can mean a lot. So, if your teenager is isolated and seems to have few if any friends, it may be time to take a closer look. Some teenagers may struggle with this because they are being bullied or because they have social anxiety. If the teen doesn’t seem to have a lot of friends or has issues establishing connections, this can be an important red flag.

Due to their stage of development, teenagers need more sleep than adults do. If your teenager isn’t getting enough sleep, or is suffering from insomnia, this can be a serious issue. Insomnia may also be associated with depression, so it is important to be mindful of other potential symptoms.

It is appropriate for adolescents to experience negative emotions, and they might experience outbursts where they experience difficulty controlling themselves. However, persistent anger, sadness, anxiousness, or feelings that seem too intense or that are out of proportion to the situation, are a potential warning sign. While teens may seem to overreact, especially when they are embarrassed, these emotions should not be present most of the time. Irritability, in particular, can be a sign of depression in adolescents.

Another warning sign is if your teenager primary expresses self-deprecating or self-hating thoughts or statements. A few self-deprecating jokes are unlikely to indicate a problem, but a constant tendency to put themselves down or to express constant doubt in their abilities might indicate that they are struggling with anxiety or low self-esteem.

Self-harming behaviors occur in this age group and can be an indicator of significant issues. While people who self-harm are not necessarily suicidal, this behavior suggests that the adolescent is having trouble dealing with emotions and might be experiencing significant emotional distress with which they cannot cope. Teens may attempt to hide self-harming behaviors out of shame, so it is important to the approach the situation gently and to seek help without anger toward the teen.

Teenagers value their space and privacy, but in some cases, they may become too withdrawn. Excessive withdrawn is associated with a teen’s unwillingness to leave their room, or limiting themselves to few activities beyond school and being at home. A loss of interest in most activities, or the lack of desire to do anything is a cause for concern. It is worth noting that a teen might lose interest in more “childish” activities or activities together with the family, but they usually will express interest in other activities more suited to their tastes, or that involve their peers. If the teen simply has no desire to engage in anything, there may be cause for concern.

A drop or significant shift in school performance that does not reflect a student’s previous performance may indicate emotional issues or social difficulties. It is important to consider that a decline in school might also be a symptom of a larger issue like anxiety, depression, or emotional distress. Parents should look into what may be causing a drop in grades, but take care focus primarily on the underlying causes rather than the grades themselves, unless that is the central issue.

Many adolescents become interested in death, mysticism, or other “edgy” or philosophical topics. However, a preoccupation with death, or an expression of ideas like “it would be better if I wasn’t here” is cause for concern. This might reflect a more serious problem. However, it would be important to focus on the root cause, associated with emotional difficulties, rather than the superficial issues such as preference for specific bands, clothing, or symbols. Many parents feel that forbidding clothing or music should be enough to address the problem, but those actions are unlikely to be sufficient. Instead, these steps may cause the teen to feel attacked.

Many teens display issues with poor behaviors from time to time. However, if these behaviors become patterns, they may indicate emotional difficulties. For instance, if a student is consistently skipping school, it could be that they are experiencing anxiety or depression (without even being aware of it) because of being bullied, feeling overwhelmed, or struggling academically. While behavioral problems may be issues in their own right, it is important to consider the root causes as well, rather than to focus solely on the behaviors themselves.

Overall, teenagers may be experiencing difficulties that they don’t know how to handle or that require parental support or assistance, including taking the teen to counseling. It is important to stay close to the teenager and to consider their experiences, which change frequently. Please follow up with one of our experienced therapists for additional information on how to manage your teen and keep them safe.

Should I See A Counselor?

How To Know If It Is A Panic Attack

Children Signs Your Teen Is Struggling